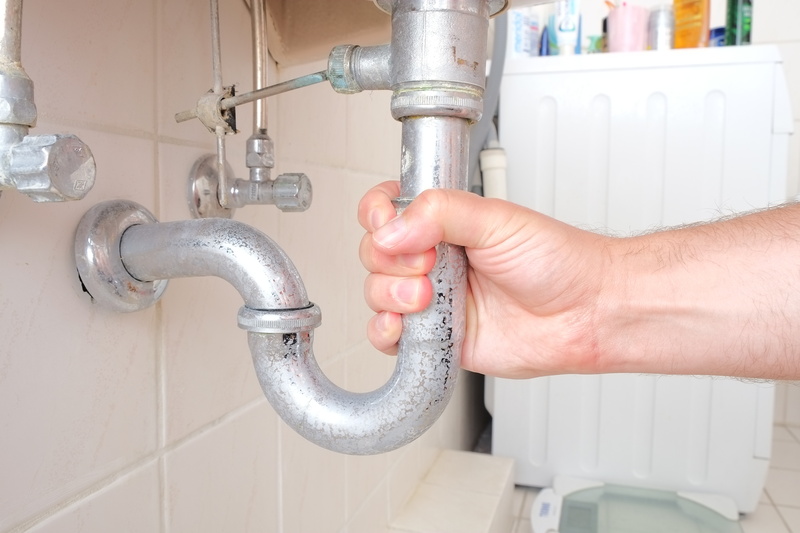 You can’t see most of the plumbing pipes in your house, and that’s a good thing! (Unless you want an industrial appearance for home décor and you don’t mind guests constantly tripping over exposed pipes.) However, there’s one important exception, and we bet it just popped to mind: the bent piece of drainpipe directly under your sinks. That is called the p-trap and it serves an important function in household plumbing. It’s an old invention using the power of gravity to help make homes more pleasant.

This is the first big question. When you look at this section of pipe, you might describe it as U-shaped. So why isn’t it a u-trap? The reason is that you have to look at the entire section of pipe, not just the curved part. The actual piece of piping has a straight section before it reaches the curve. Tilt your head sidewise a bit … there you go, now you can see it is indeed shaped like the capital letter “P.”

What Does It Do?

It has a number of jobs, as described by the “trap” part of its name:

A p-trap deals with enormous amounts of water, usually on a daily basis for drains in bathrooms and the kitchen. A p-trap can suffer damage due to age and from chemical reactions to soap scum inside it. (We should also mention damage from chemical drain cleaners—don’t use these to “unclog” a drain!) Fortunately, if you have p-trap that starts leaking water down into cabinets and onto the floor, it’s not a difficult problem to correct. Call professional plumbers and they can remove and replace this section of pipe.

Dry P-Traps Are an Easy Fix

If you notice sewage smells coming from one of your drains, the trouble might be a p-trap that’s lost its water plug. Is the drain in a sink or shower that doesn’t receive much use, such as in a guest bathroom? If this is the case, you’ve probably got a dried-out p-trap. All you have to do to fix the problem is run water down the drain for a few seconds, and the p-trap will have a water plug in it once more. If this doesn’t solve the problem, there may be a more serious repair issue down in the drainage system: contact licensed plumbers.

When you’ve got a clogged drain or leaking p-trap, call for plumbing repairs in Orlando, FL with the experts. We have a long history helping homes with plumbing work both large and small.