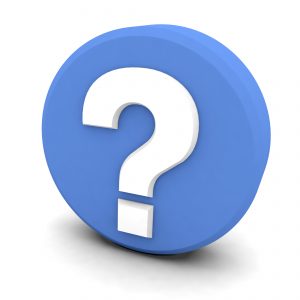 When you call on our water treatment professionals for water testing services, one of the issues we’ll look for in your home’s water is the presence of “hardness.” Hard water is water that has a high amount of magnesium and calcium suspended in it. This isn’t harmful to drink, but it’s extremely damaging to residential plumbing. The magnesium and calcium leave limescale deposits along pipes and fixtures, leading to clogging and leaking, and also causes major damage to appliances like water heaters. Hard water also makes it more difficult to work up soap lather and it leaves filmy deposits on household surfaces, skin, and hair.

Hard water is unfortunately common in household plumbing. Magnesium and calcium can enter freshwater pipes through ground water seepage. It’s estimated that 85% of homes in the U.S. have hard water. Unfortunately, Florida is one of the states where hard water is at its worst, with more than 15 grains of hard water minerals per gallon.

Thankfully, eliminating hard water is easy for professionals. All we have to do is install a whole-house water softener, one of the various water treatment systems we install in Orlando, FL and the surrounding areas.

That’s a good question. Softening water is removing the magnesium and calcium ions that create hard water. The process is different than using standard filters. The more effective way to take out those ions is to swap them for another kind of ion, one that won’t cause problems in the plumbing. The usual ion used for the swap is sodium, which won’t dissolve from water into limescale or make it more difficult to create soap suds.

Because all the sodium ions on the beads will eventually be released, the beads much be “recharged.” To do this, the water softener goes into a recharge cycle that flushes brine—a salt water solution—from a tank and along the beads. Sodium ions replace the magnesium and calcium ones, and these hard water ions are then flushed out with the brine. The water softener is now ready to go to work again.

In some situations, too much sodium can enter the water because of the water softener. In these cases, the water softener should be paired with a reverse osmosis system—a type of powerful water filtration device—to remove the excess sodium.

You can count on our professionals to find out what level of hardness is in your water and recommend the right type of water softener or other water treatment system to counteract it. We work with many types of filtration and purification systems, and in addition to installing them, we also offer maintenance and repair services so they continue to do their jobs.