Did you know that 1 in 8 women in the United States will be diagnosed with breast cancer in their lifetimes? Breast cancer is currently the second leading cause of death among women, and each year over 220,000 women in the country will be diagnosed with it. Breast cancer affects men as well, with an estimated 2,150 diagnoses each year. This is why it is so important to contribute to funding for breast cancer research and resources for both women and men to diagnose the disease early and effectively treat it. Already, research funding has helped to contribute to a decline in death rates thanks to continually improving options for treatment and better screening.

October is National Breast Cancer Awareness Month, and Modern Plumbing Industries, Inc. is proud once again to join in the fight against this widespread form of cancer. For this year’s Breast Cancer Awareness Month, MPI will be donating a percentage of our October revenue to UF Health Cancer Center – Orlando Heath. These donations will go to help women in need meet the expenses of their breast cancer care. To help further increase awareness among our customers, all of our MPI technicians will be wearing pink booties on their service calls.

Please join with us this month—and every month—in helping to shed more light on breast cancer and to honor those who have suffered from this affliction and those who are fighting to bring an end to it.

Our entire team here at MPI really enjoyed seeing all the submissions and enthusiasm for World Plumbing Day 2015.  We wanted to send out a special post showing the winners and their posters.  Check them out below and join us in congratulating them on a great job!

We love our Orlando area community and enjoy engaging with the youth about a topic we love, PLUMBING!  We’re already looking forward to 2016’s contest.  We will post details on our Facebook page in January, 2016… 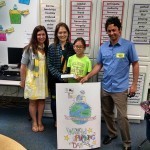 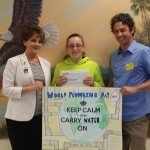 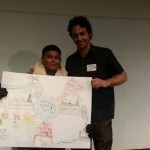 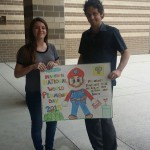 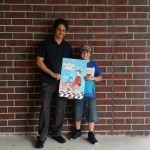 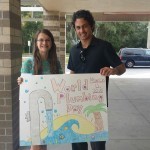 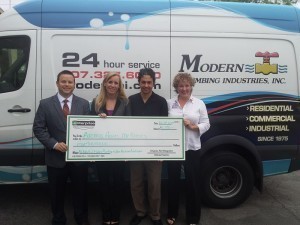 Modern Plumbing Industries, Inc. is extremely proud to have had $4,000 donated to Building Homes for Heroes by Enterprise on their and John Madison Landscape’s behalves. We are lucky to have such a wonderful organization to work with to benefit our local heroes in the military and armed forces.

We support our troops and our local community here in Orlando, Florida and we hope you will too. The men and woman of the armed forces give much of themselves for our country, we feel it’s our job to help give back. Here’s to our partners, Enterprise and John Madison Landscape, and an amazing charity organization in Building Homes for Heroes.

Have you ever taken a moment to think about where your drinking water comes from, how your washing machine gets those clothes smelling fresh, or even where your late goldfish went after you gave it a proper toilet bowl burial? Every day we use multiple parts of the plumbing systems that help us stay hydrated, stay clean and a multitude of other things we tend to take for granted. Join Modern Plumbing Industries, Inc. in celebrating World Plumbing Day!

For more information, visit our friends at www.WorldPlumbingDay.org or call us should one of your systems need a little TLC from your friends at Modern Plumbing Industries, Inc. serving the greater Orlando Florida area!

Modern Plumbing Industries, Inc. is joining the nation in recognizing Breast Cancer Awareness Month in October. Breast Cancer is a deadly disease that affects millions of people every day, in order to help increase awareness our Technicians will be wearing pink booties in honor of those that have had an impact on their lives due to this form of cancer. Modern Plumbing will also donate a portion of our profits for the month of October to help fight for a cure.

If we all work together we can help shed light on the impact this terrible disease has on people all over the globe. Our hope is that someday there will be a cure and until that time comes, we want to recognize and support the people within our local community and all over the planet that have to deal with this affliction. Modern Plumbing Industries, Inc. invites you to join in recognizing Breast Cancer Awareness Month in October, if you’re looking for more info you can go to http://www.nbcam.org/.

Check out these great pictures and videos from the ground breaking ceremony for Army Specialist B.J. Jackson’s new home! 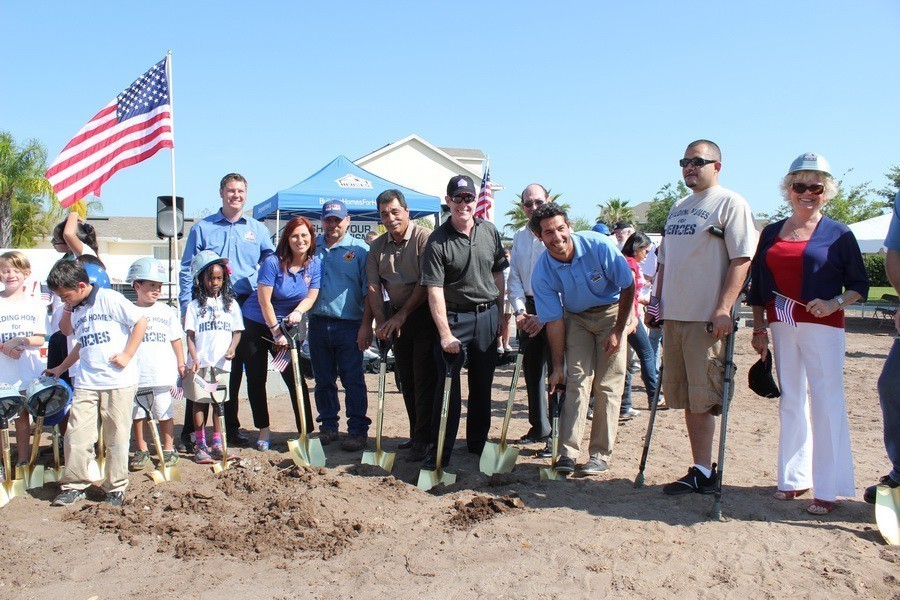 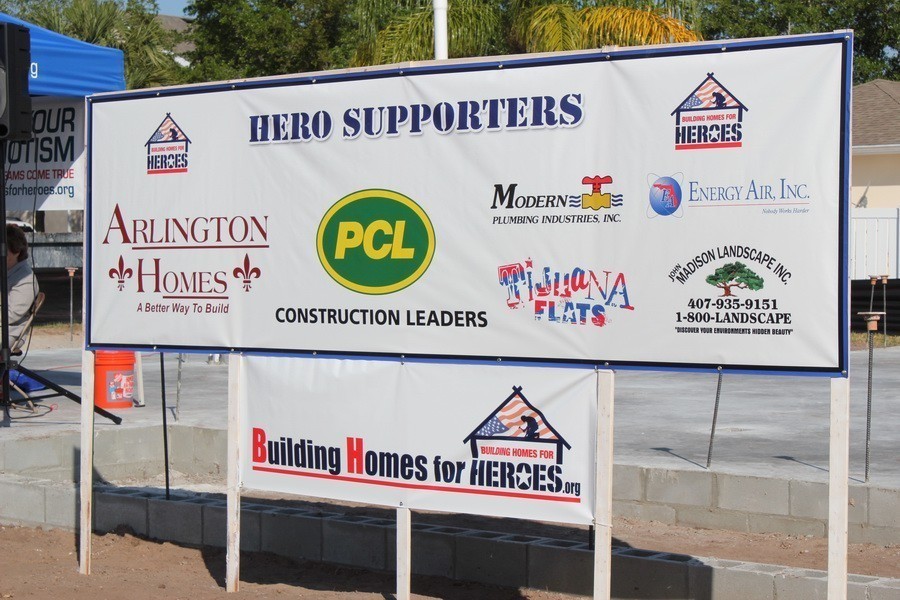 Here is the future home of Army Specialist Robert Jackson and family in Orlando, FL! Modern Plumbing Industries, Inc. has been involved in this build and is a proud supporter of Building Homes for Heroes. We are very excited for the upcoming date when B.J. and his family can move into this wonderful home and join the Orlando community.

Army Specialist B.J. Jackson of the 186th Military Police Company was selected to be part of a team whose mission was to set up camp and headquarters for the entire unit’s arrival in Iraq. On August 7, 2003, B.J. was driving a Humvee with other soldiers through Baghdad. The vehicle triggered a roadside bomb and was immediately hit by a rocket propelled grenade. A thick, black smoke cloud billowed and the soldiers were besieged by Iraqis firing AK-47s. B.J. was trapped in the burning wreckage.  Several hours lapsed as soldiers fought off the insurgents and worked to extract B.J. from his vehicle to transport him to safety. He was then airlifted to an Iraqi field hospital for immediate care, then to Kuwait and finally to Germany for additional treatment.

After being stabilized, he arrived at the Brooke Army Medical Center in San Antonio, Texas on August 12th.  Over the first five days, Jackson received 25 units of blood.  To help the healing process, he was placed in a medically-induced coma.  He remained in a coma for a month.  Jackson lost both legs below the knee and suffered severe burns on his arms, legs and back, and flash burns on his face and head.  He spent nearly 50 days in the post burn unit.

B.J. and his wife Abby currently reside in Iowa with daughters Brilynn and Hailey, and sons Conner, Nolan, Parker and Drake.  Building Homes for Heroes will build the Jackson family a home in Orlando (9901 Sweetleaf Street off Narcoossee Road / Lake Nona).  It will be their dream home in a wonderful neighborhood.  For more details and photos visit:

Visit the Building Homes for Heroes website for more information.

The team at Modern Plumbing Industries, Inc. would like to congratulate Building Homes for Heroes on providing mortgage-free homes for three injured veterans during February. US Army SGT Gary Boggs, US Army SSG Rovin DeLeon, and USMC SGT Jorge Zapata, and their families were all welcomed to their new homes thanks to the hard work and generosity of everyone involved. Building Homes for Heroes is a wonderful organization and a terrific cause. Please visit their website for more information and to find out how you can help make a difference. 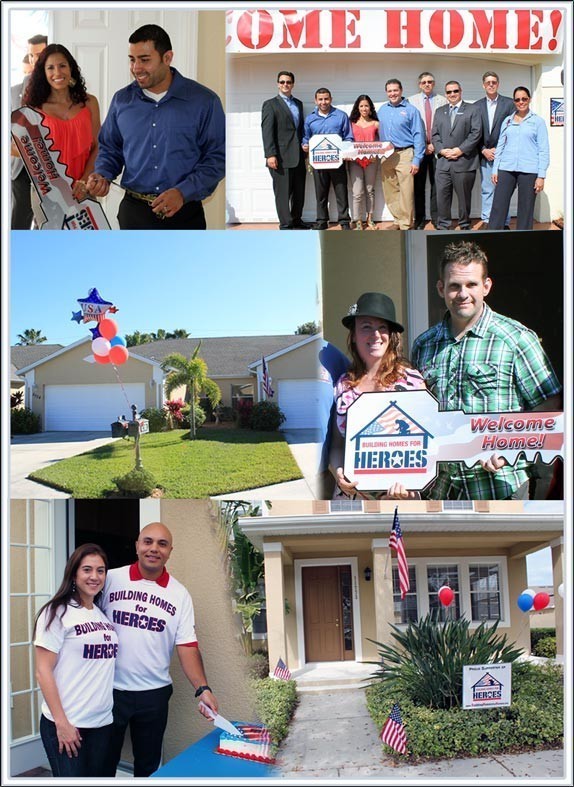 Modern Plumbing Industries, Inc. will have a booth at the 2013 Community Associations Institute’s Central Florida Tradeshow. This year’s theme is Wild Wild West, and there will be special door prizes. The tradeshow will be February 7th at the Hilton Orlando. Educational seminars will be held from 1pm to 3pm and the tradeshow will continue after with over 130 different vendors. 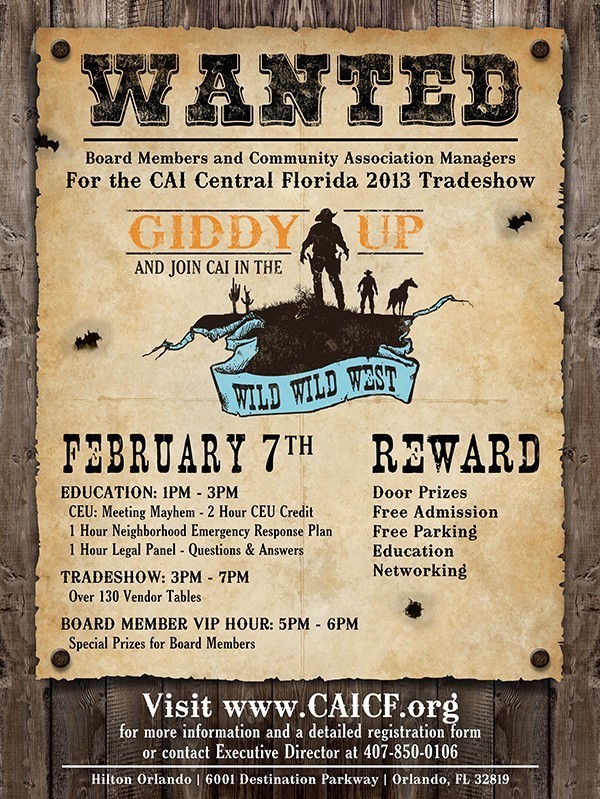 MPI provides top quality plumbing, drain cleaning and water heater services throughout the Orlando area. Call us for all your plumbing needs. We offer 24/7 emergency service and maintenance plans to keep your plumbing systems running smoothly and efficiently. 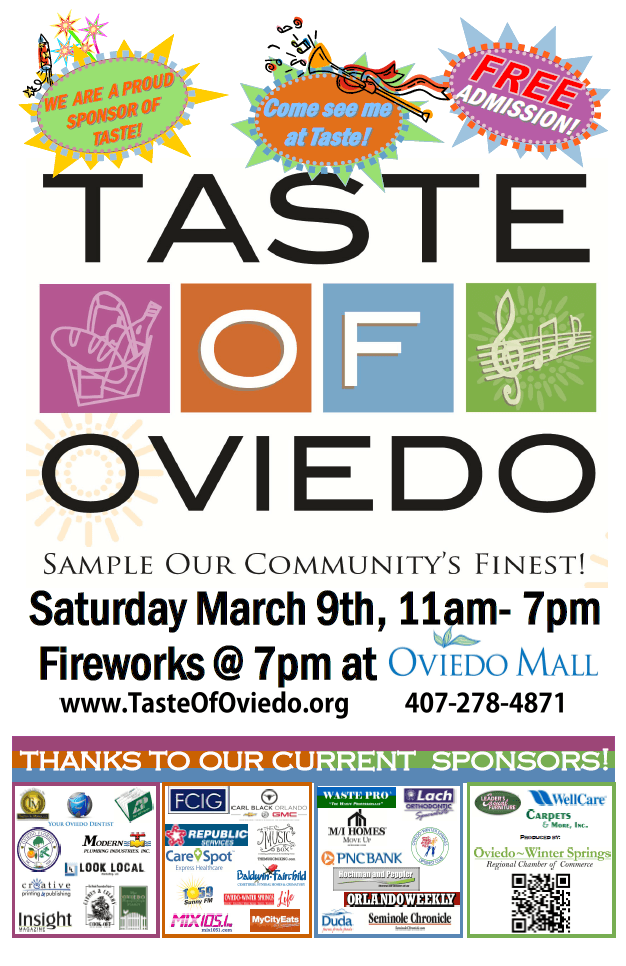 Modern Plumbing Industries, Inc. (MPI) will be sponsoring the Taste of Oviedo event on March 9th, 2013. The event runs form 11am to 7pm, with a fireworks show following. Admission is free and celebrates the cultural heritage of Oviedo. There will be a car show, food and entertainment.

MPI is proud to support the local community. We provide top quality drain cleaning, sewer services, emergency plumbing and water heater services in Oviedo and throughout the Orlando area.